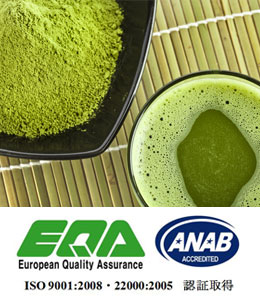 TEA is not only traditional beverage which strongly connects with Japanese daily life, but also it calls one of nutrition. Since founded the RYUFU MIZUNOSHOUTEN, we have started to concentrate to produce more delicious, safer, convenient, tea bag and instant tea and other packaged products. Currently we are assisting many well-known Food Development Businesses to fill and pack their products by applying our advanced facilities with abundant experience efficiently, and it drives us to improve constantly. According the products globalization, our customers' expectation of safe, cheap, production environment and so on, has been increased gradually.

In order to meet customers' needs, we have been successfully qualified for ISO9001 and ISO22000. At such a competitive market, we plan to base on the current domestic market and meanwhile act as a manufacturer to develop and produce own brands to challenge the international market.

Henceforward, we sincerely expect all of your kind support and monitor.